So I have not done a favourites blog before but why not start now? 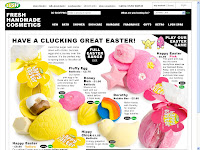 Lush brought out a great range of Easter products and I loved all of them!! I love lush products in general and enjoyed trying out these new editions.


I loved the Dove Pampering Bath Cream which made my bath feel silky and soft. I have not purchased this before and bought it for a little extra pamper. I would buy it again.

These two Items are definitely the super star items of the month for me but sadly I do have one hate. I recently dyed my hair plum using the Live  XXL Hair colour. I loved this for the first two washes and then it dramatically. This colour is supposed to be permanent definite disappointment.

I recently reviewed the book bird box and that has to be up there with the best for my favourite April reads it was nice to read something a bit different with a lot of suspense.

I am currently enjoying the Divergent Series by Veronica Roth and I would have loved these books if I had held off from watching the film. Having the image of the characters in my head has ruined it slightly for me but non the less I am enjoying them.


Just four products doesn't seem a lot but I am honest!

I hope you enjoyed

Lots of people are thanking god its Friday but not me. I work every other weekend and so Fridays make me a miserable person.
So i have created a list of five things I hate to cheer myself up :) Here goes:

1. The obvious - Being in work on a Friday! when everybody else is off especially when the sun is shining and its BBQ weather ( Not very often in the UK)

2. When I forget to record my favourite TV shows. I hate missing an episode of anything.
3. Marmite! - Its disgusting it tastes like tar or something else horrid.
4. Scary films - I just cant cope with anything scary at all. My mind plays tricks and I cant sleep for days
5. last but not least and a hate I share with lots of people - SPIDERS. Only Published in March this year Bird Box and is Josh Malerman's Debut Novel.

This book has a very interesting plot: Humans are dying because there are new "creatures" inhabiting the earth. One look at these creatures and people go mad! I liked the idea of this story before I started it but I did not know how addictive reading Bird Box would be. From start to finish I have been impatiently waiting for quiet moments to pick up this amazing book. The writing style is just my cup of tea its not too descriptive that it prevents me from using my own imagination and it would be a brilliant book to take if you had a long plane journey because it is just so addictive.

The characters and their stories are very believable I began to really feel for Malorie and the children. Living the life that they were must have been very hard work. I love the bond that forms between Malorie and Tom and even though there is no real suggestion of a relationship, I believe there were feelings between the two at least.

This book left me terrified. Its not very often that I get the creeps from a book but this one had me wishing I had blankets over my windows like the characters in the book. In a situation like this I just don't think I would survive. Personally I enjoyed that the Creatures were not described at all in the book, Their presence was terrifying enough and I was able to imagine the most terrifying creature of all. I don't think that every single detail needs to be explained because it keeps you questioning and thinking about the book which is brilliant.

Bird Box has a sort of happy ending which allows you to relax (which you will realise you have not done since you started reading). Knowing that Malorie and the children are going to be looked after makes everything else that happened OK.
There will be a movie brought out based on Bird Box, Usually I do not enjoy a movie that is based on a book I have read because things get missed but I think that this book will make for an amazingly spooky movie.

I would definitely suggest giving Bird Box a go and seeing what you think you can buy the book here:  http://www.amazon.co.uk/dp/0007529872?tag=promouk-21
Its possible that this book alone will make you go a little bit mad! I have not stopped talking about it!

Go get the book and let me know what you think!!