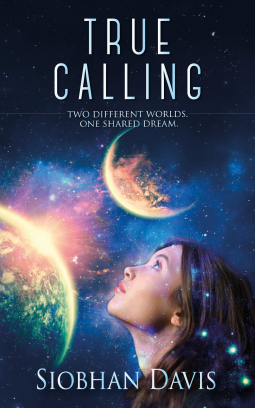 I wonder which situation is hardest.
Mine, because I remember everything, or hers because she can't.
***
Planet Novo, nestled in space twelve hundred miles above the surface of the Earth, is the new home of 17 year old Cadet Ariana Skyee. Confused by the government-sanctioned memory erase and distressed at her impending forced marriage and motherhood, Ariana’s plans for the future are thrown into complete disarray.
As the traumatic events within her family life enfold, Ariana grows increasingly alarmed at the authorities apparent pre-occupation with her and feels progressively more isolated and alone.
Her growing feelings for fellow Cadet Cal Remus intensify as the recently announced pageant,‘The Calling’, gets underway. Struggling to comprehend the continuous, inexplicable dreams of the mysterious Zane, discovering the past helps shape her future, with devastating personal consequences.
Firstly I want to start by saying that the characters in this book are some of the most interesting I have read about. Ariana is your typical 17 year old girl to begin with, getting on at school and with her friends but the growth in her character is what had me hooked on this book from the get go. Ariana is strong and sassy but also clever and caring, I found her easy to relate to and enjoyed her plot lines. Cal who is Ariana's love interest is a strong male lead character also. I loved his protectiveness over the heroine and how we get she the depth of his personality while he is dealing with Lilly.
I enjoyed the sort of love triangle within this book and constantly flitted between team Cal and team Zane.
I am not usually a fan of books told from duel perspectives and in this book we get a little from Zane's point of view too. I didn't hate it actually and although there was a lot extra to take in during this section of the book I thought it helped to move the book along smoothly.
I thought this book was action packed and there was not a single boring page which is amazing considering I do get bored quite easily with boring story lines. I think this book reaches out to the girly girl inside of me slightly with the dresses and the make up talk but then drags me right back into the action.
The Calling does have a hunger games feel to it so if you liked the hunger games you would probably enjoy this book but the story and premise is unlike anything I have read before.
I am excited to read more from Siobhan Davies and more in this series.
Thanks for reading
Em x
Posted by emmacoxy88 at 16:36