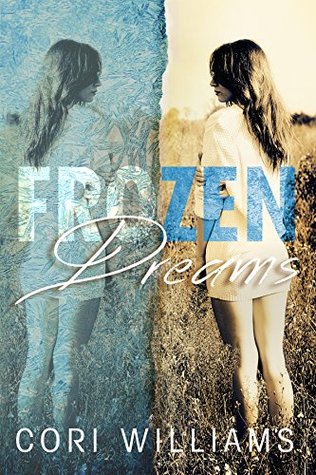 My life was perfect. I had everything I wanted, including the love of a man that intended to make all of my dreams come true. Until… “…the night my life as I knew it ended.” In the blink of an eye, all I'd once known was ripped away. Suffering in limbo, full of fear and regret, I had only memories and dreams to comfort me, urging me to fight. "...marriage is honourable in all, and the bed undefiled..." But they stole it all. Awakened to betrayal and pain, I struggle to find a new beginning. Yet the past seeps in, pulling me under. No matter how hard I try to keep my head above water, it threatens to ruin me. How can I really live with my hopes for the future still frozen? And if the ice thaws, will I have the courage to build new dreams? Contains mature content, suitable for 17+ This is a standalone


The beginning of this story is gripping!! its absolutely terrifying thinking that the main character had been kidnapped to teach her a lesson. Grasping my interest so early on in the story made me interested for the entire story.

Emmy is a very likeable character. She is the right kind of vulnerable before she grows stronger and she isn't dependant on a boy, she doesn't stick with Austin because he is her first love but instead kicks him to the kerb to  better herself. This girl spend very little time moping around and actually does things that will help her improve as a person. I like that.

Gannon is a perfect companion for Emmy and the romance isn't instant which makes it more believable. She actually doesn't like him very much to begin with but he gets under her skin and he listens. Gannon takes that time to understand what Emmy needs and eventually she begins to fall for him.

There are a few twists and turns in the plot which keep it fresh and lots of characters to keep things exciting. It didn't take long to read at all and was very enjoyable. I expected a soppy romance but I got a well thought out story about two people who fall in love. The plot is part past part present, A little bit Austin, A little bit Gannon a lot Emmy, sound confusing? it actually is not!! the multiple perspectives help to create a well rounded story.

this is the only book by Cori Williams that I have read and I cannot wait to grab another.

I received this story in exchange for an honest review.

Thanks For Reading
Em x
emmacoxy88@gmail.com
Posted by emmacoxy88 at 10:59