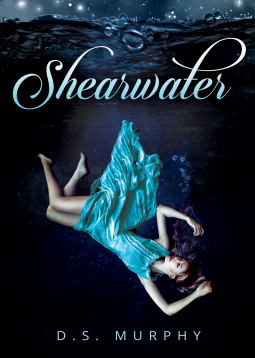 The Sun is Also A Star by Nicola Yoon

Natasha: I’m a girl who believes in science and facts. Not fate. Not destiny. Or dreams that will never come true. I’m definitely not the kind of girl who meets a cute boy on a crowded New York City street and falls in love with him. Not when my family is twelve hours away from being deported to Jamaica. Falling in love with him won’t be my story.

Daniel: I’ve always been the good son, the good student, living up to my parents’ high expectations. Never the poet. Or the dreamer. But when I see her, I forget about all that. Something about Natasha makes me think that fate has something much more extraordinary in store—for both of us.

The Universe: Every moment in our lives has brought us to this single moment. A million futures lie before us. Which one will come true?

I loved the writing style for this book. (although I listened to the audio book version so it seems silly to say). I felt the flow of the story and the different stories merged together really nicely.
Like Natasha I am not usually a romantic but this book got me! I loved the clash of personalities and how Daniel and Natasha got on so great despite their differences.

I love the idea that our lives effect everyone around us even if it is in a really small way and it makes the world feel a lot less lonely knowing that everyone else is going through stuff too.

I liked the main story line I thought it was cute and it gave me a little insight into different cultures and how coming from Jamaica or Korea or anywhere really can make you feel lost or different when like Daniel and Natasha discover it doesn't really mean anything.

I really loved the epilogue. I would have been happy with the book if it ended at the end but the epilogue tied everything all together nicely and sort of make sense of the world and helps me to believe in fate.

I thought this was a nice positive book to have if your feeling a bit glum or you just want to take a break from the world and realise that everything will all work out!.

Whistle in the Dark by Emma Healey

Jen' s daughter Lana went missing for 4 long days from a art trip with her mum in the peak district. When Lana is found she is mostly unharmed apart from a few bumps and bruising but she seems different. The police can't get Lana to talk about what happened to her while she was missing and this is driving Jen crazy (Literally). Jen then works on trying to figure out what happened by herself by asking Lana questions to which Lana refuses to answer, searching through phones and quizzing Lana's friends.

So to start Lana was a troubled teen so to spend time with her Jen takes her to a painting week in the Peak District. They meet some strange people and seem to be getting on much better and then Lana goes missing. While Jen is trying to figure out what happened we read about how her paranoid behavior grows and grows. The paranoia helps to keep the mystery going in the book.

The story is well written and I don't want to say this is a bad book because I did enjoy parts of it. I enjoyed the relationships between the families and the differences between Lana and Meg.

I requested this book because I felt captured by the synopsis but the story was very slow. The speed of the story helped to build the intrigue and when Jen found a new clue i found myself trying to figure out what happened. I felt like I was being built up for this WOW ending but that never arrived.

I think if the ending was different then the slow burning read would have been worth it but the ending was lack luster. I do wonder though if this story is just not my cup of tea and it might be something that others enjoy much more.

Thanks for Reading
Em x

A hero’s tournament. A defiant contender. Does one girl have the courage to take on Mount Olympus?
Hope’s world doesn’t have room for heroes. She barely has time for schoolwork, swim team, and taking care of her ailing mother. But when she’s invited to a mysterious tournament, the all-powerful hosts won’t take no for an answer.
Transported to Mount Olympus, Hope comes face to face with her new trainers—the pantheon of Greek gods. While other contenders train hard to gain a fighting edge, Hope searches for a way out. Instead, she finds a gorgeous shadow god who may just convince her to stay…
As each round unfolds, the ultimate prize draws closer—the granting of her heart’s deepest desire. If she survives the final challenge, her mother’s cure would be within reach…but only if Hope can ignore the tournament’s dark purpose.Olympian Challenger is the first book in a bold YA urban fantasy trilogy. If you like Greek mythology, forbidden romance, and feats of courage, then you’ll love Astrid Arditi’s heroic coming-of-age tale.
I was so excited with the description of this book. Ever since i read the Covenant series by Jennifer L Armentrout I have been needing another Greek god book and this book by Astrid Arditi has really satisfied my need for a little while at least. I was not let down with this book.
There was so many characters and so much going on but it was never overwhelming. The characters were so diverse that it was almost impossible to not relate to at least one of the characters. I really loved the descriptions of the Gods the most. They were all so funny and they felt non human and human at the same time.
I like the romances in this book because the plot is so exciting that the romance story line is sort of secondary to the main plot which is great because that makes romances more enjoyable to me. Without spoiling anything for anyone I just wanted to say that I really enjoyed one romance in particular, I found it very amusing.
The only negative I have is that some of the chapters jump around a little bit too much for my liking but I think that is a personal preference thing.
Olympian challenger has definitely made me want to read more mythology books and more by Astrid Arditi.
I received an ARC from NetGalley in exchange for an honest review.
Thanks for Reading
Emx
emmacoxy88@gmail.com