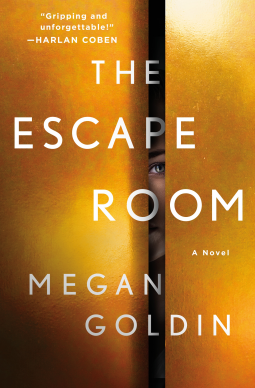 Welcome to the escape room. Your goal is simple. Get out alive.


In the lucrative world of finance, Vincent, Jules, Sylvie, and Sam are at the top of their game. They’ve mastered the art of the deal and celebrate their success in style—but a life of extreme luxury always comes at a cost.
Invited to participate in an escape room as a team-building exercise, the ferociously competitive co-workers crowd into the elevator of a high rise building, eager to prove themselves. But when the lights go off and the doors stay shut, it quickly becomes clear that this is no ordinary competition: they’re caught in a dangerous game of survival.
Trapped in the dark, the colleagues must put aside their bitter rivalries and work together to solve cryptic clues to break free. But as the game begins to reveal the team’s darkest secrets, they realize there’s a price to be paid for the terrible deeds they committed in their ruthless climb up the corporate ladder. As tempers fray, and the clues turn deadly, they must solve one final chilling puzzle: which one of them will kill in order to survive?

There are so many movies out right now about escape rooms and obviously Escape rooms themselves are really popular so I thought I knew what I was getting myself into when I started this book but I did not!

I want to start off with the characters because nearly all of the characters in this book were unlikable. They were all selfish and brutal when it came to getting what they wanted but that is the whole point! We are not supposed to like these people.

I dont normally enjoy a thriller but I really enjoyed this book because its just crazy!
The story had motivation and interest. I didnt guess the ending too much before it happened.

I do wish that there was a little bit more focus on the clues and things but I guess that is not really what the escape room was about.
I really enjoyed this book and would recommend it to anyone looking for a decent thriller to read.