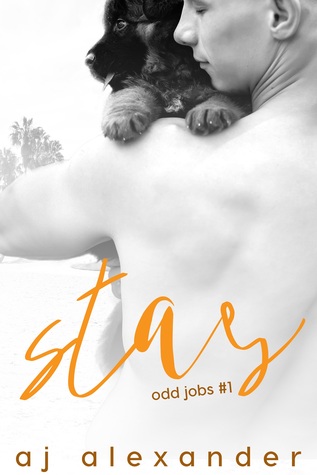 Cole knows he doesn’t deserve the white picket fence kind of life, and he’s always been fine with that, until her. The last thing he ever expected when he knocks on his client’s door is the answer to his deepest fantasies. One look and he knows Addison is out of his league, but that won’t stop him trying to make her his.

Addison never knew if someone’s interest was in her or her family’s wealth, which caused her to keep her guard up. Doubly so when the new dog walker showed up on her cousin’s doorstep with his good looks and sexy smiles. After his relentless pursuing, Addison finds herself wondering if Cole could be someone worth letting her walls down for. That is, until his past rears its ugly head, leaving Addison with the choice to run or fight for what she wants.

Cole has been hurt by girls before. He was in a long term relationship with a girl who thought that she was too good for Cole when he decided to become a dog walker. He caught her cheating on him in his own home and this caused him to become a player.

Addison had also been cheated on by her fiancé who is a disgusting human. He didn't care about Addison at all but did care that her dad could help boost his career.

I enjoyed the back and forth between Cole and Addison and how they were both struggling with their feelings for each other. They were not very nice to each other in the beginning and it was quite funny to read about.
I thought it was a fun quick read, There was a lot of drama and a lot going on which kept the book speedy and interesting.

The only thing I didnt really like was the possessive way that all of the men in this book were towards the girls. It wasn't portrayed in a playful way and it was quite over the top!.

This is definitely not a PG book so if you are going to pick this up just be aware of that. I would recommend this book and it actually got me out of a reading slump!.