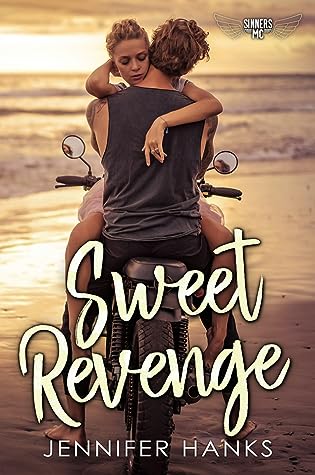 Loyalty. Bravery. Honor.
Three words the men of the Sinners MC live by.
Three virtues they have sworn to defend.
No matter what the cost.
Meet the intense and sexy men of the Sinners MC in Maggie and Gunner’s story where revenge isn’t the only sweet victory.
He shouldn’t want her.
Maggie O’Brien has the ability to destroy him and his plan for revenge on his club’s biggest threat.
But he’s craved her almost as long as his retaliation, and nothing will stop him from getting everything he’s always wanted.
Not even the man he fears she really loves.
She doesn’t trust him.
Ryker Evans, a.k.a. Gunner, has the ability to change that with his kind words and soft touches.
But she decided when she sacrificed herself to save another that she would never give someone the power to break her again and that kindness comes at a price.
A price she is no longer willing to pay.
In a world filled with lies and secrets where freedom is fleeting, can they learn to love each other enough to survive?
Or will the cost of revenge be too high?

We are introduced to Maggie who has had a hard time since her mum died and left her alone. Maggie got into a bad situation before meeting the Sinners when her life completely changed.
Maggies character is very wilty and tragic which I suppose is to be expected after the things she has been through but I don't think we are given enough about her growth throughout the story. Gunner and the entire Sinners club are now solely dedicated to looking after Maggie and even though they are a club that doesnt agree with violence and such they do it to help Maggie.

I did like a lot of the other characters and would have enjoyed learning more about them. Gunner for example seemed like an interesting character but all we we told about him is how crazy for Maggie he was. I know now that I enjoy a Motorcycle club story but I don't really enjoy a needy heroine that needs a man to get better and what would of happened to Maggie if Gunner wasn't completely into her?

That being said I enjoyed this read while I was reading it and I appreciate that the cliff hanger isnt so big that you cant read it as a stand alone. The story is fairly fast paced and I didnt get bored at all during the read.

I am not sure if I will be carrying on with the series.