The Here and Now by Ann Brashares 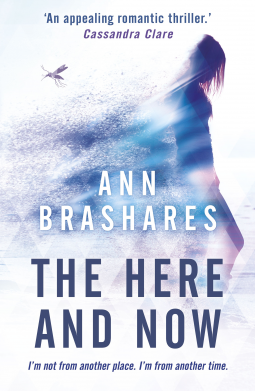 An unforgettable epic romantic thriller about a girl from the future who might be able to save the world . . . if she lets go of the one thing she’s found to hold on to.

Follow the rules. Remember what happened. Never fall in love.

This is the story of seventeen-year-old Prenna James, who immigrated to New York when she was twelve. Except Prenna didn’t come from a different country. She came from a different time—a future where a mosquito-borne illness has mutated into a pandemic, killing millions and leaving the world in ruins.

Prenna and the others who escaped to the present day must follow a strict set of rules: never reveal where they’re from, never interfere with history, and never, ever be intimate with anyone outside their community. Prenna does as she’s told, believing she can help prevent the plague that will one day ravage the earth.

But everything changes when Prenna falls for Ethan Jarves.

This book is about Time Travellers from the future coming back to 2010 to live. In the future people are dying from something called a blood plague and the aim is for this group of travellers to escape it.
I liked reading about how grim the future is and how technology advances through time. The future in this story was realistic and the horror that Prenna had faced was genuinely scary. I thought the plot was clever and imaginative. I enjoyed reading the book as a whole and it was quite a quick read for me.

Prenna is a great character in my opinion, She is feisty and inquisitive I feel like she knows who she is and unlike the other travellers she is not brainwashed. The plague is easily transferred from person to person and so it is against the rules to touch. Prenna was often unsure of the time and her surroundings as you would expect. Throughout the book there were letters from Prenna to her brother Julian and i really enjoyed this addition to the book they show Prenna is feeling about the new things she is encountering and the hope she feels about her new home.

Ethan is the perfect boy who is cool and popular but takes pitty on people less fortunate or not as 'with it'. For me Ethan was a little bit too predictable and weak as far as lead characters go. I could have forgiven the weak character if he had been swoon worthy but for me he wasn't. Saying that, Ethan's plot was still enjoyable and I liked the interaction between him and Preena.

I don't want to give anything away but I will say that I liked the ending and I do want to read the next in the series (by the ending I assume there will be a next book). I don't think this book deserves the negative reviews it has received and although its not my favourite book of the year I would recommend it to a friend.

Thanks For Reading
Em x
Posted by emmacoxy88 at 02:32 No comments: 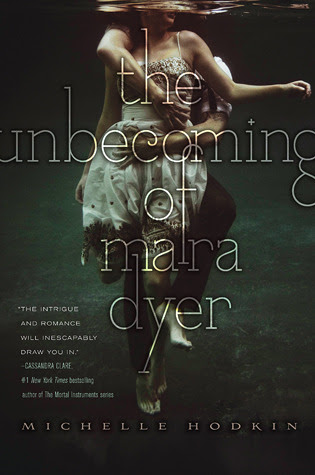 There are some things I know for sure:
1. I died . . . a long time ago
2. Even in death I was always aware of him.
3. Love has a way of making even angels choose to leave their heaven above.

I am going to do this review a little bit differently than I normally do. I did completely enjoy the book but there are a few niggly bits that I didn't like so much but rather than dwell on them I am going to start with what I did liked

I loved both of the main characters in this book and I really enjoyed how Maura's and Brandon's relationship developed over time rather than immediately. The character development was great, I really felt connected to all of the characters. For the first half of the story nothing much happens other than the budding romance but I though that was great I was really invested in their love by the end of the book. When the action kicked in it really got going, It was exciting and thrilling I enjoyed the scary storyline towards the end. There was a fantastic mix between good characters and baddies who are not what you would expect. Marie McKean is amazing at describing the people and the places so much so that you can almost feel like you are there with the characters.
I loved that the ending was a surprise I don't think anybody reading would guess what will happen in the end.

I wish there was a little more talk about Maura's past, I found the concept so interesting and we did get exciting glimpses here and there but i think for me that would of taken this book up a level. I hated every single time one of them said the words "Babe" or "Boo" I get that this a way to show their affection for one another but Marie McKean has amazing descriptive skills that these words do not need to be used.

I did really enjoy reading Stone Faced Angels and would be excited to read the second in the series. 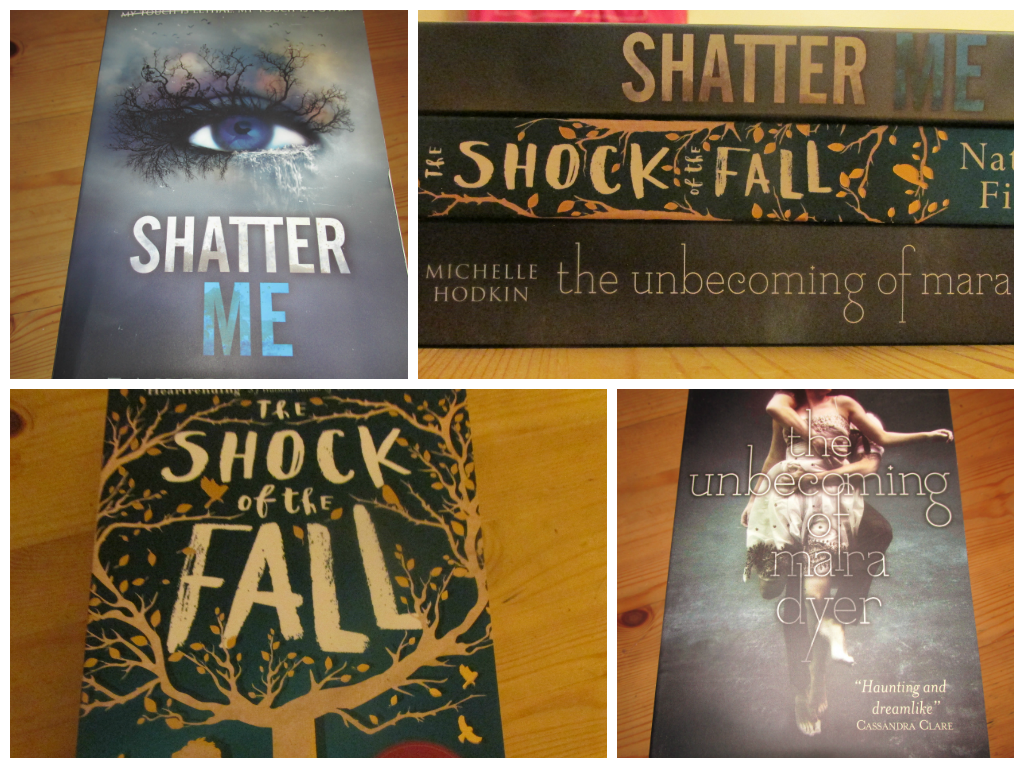 This week I have purchased


Shatter Me by Tahereh Mafi


The Shock of The Fall by Nathan Filer
The Unbecoming of Mara Dyer by Michelle Hodkin
I plan on reading at least a couple of these books during my break next month.
I have also received a couple of books free for review in the last couple of weeks the first of which I have already finished and loved.
True Calling by Siobhan Davis
Shimmer by Elena Dillon
Breathe by Elena Dillon

Finally I was sent Heroes of Olympus - The Lost Hero by Rick Riordan. The Lovely people at penguin were kind enough to send me a couple of copies and so I am now holding a giveaway. If you would like to Win this book then click on the link below and follow the instructions. 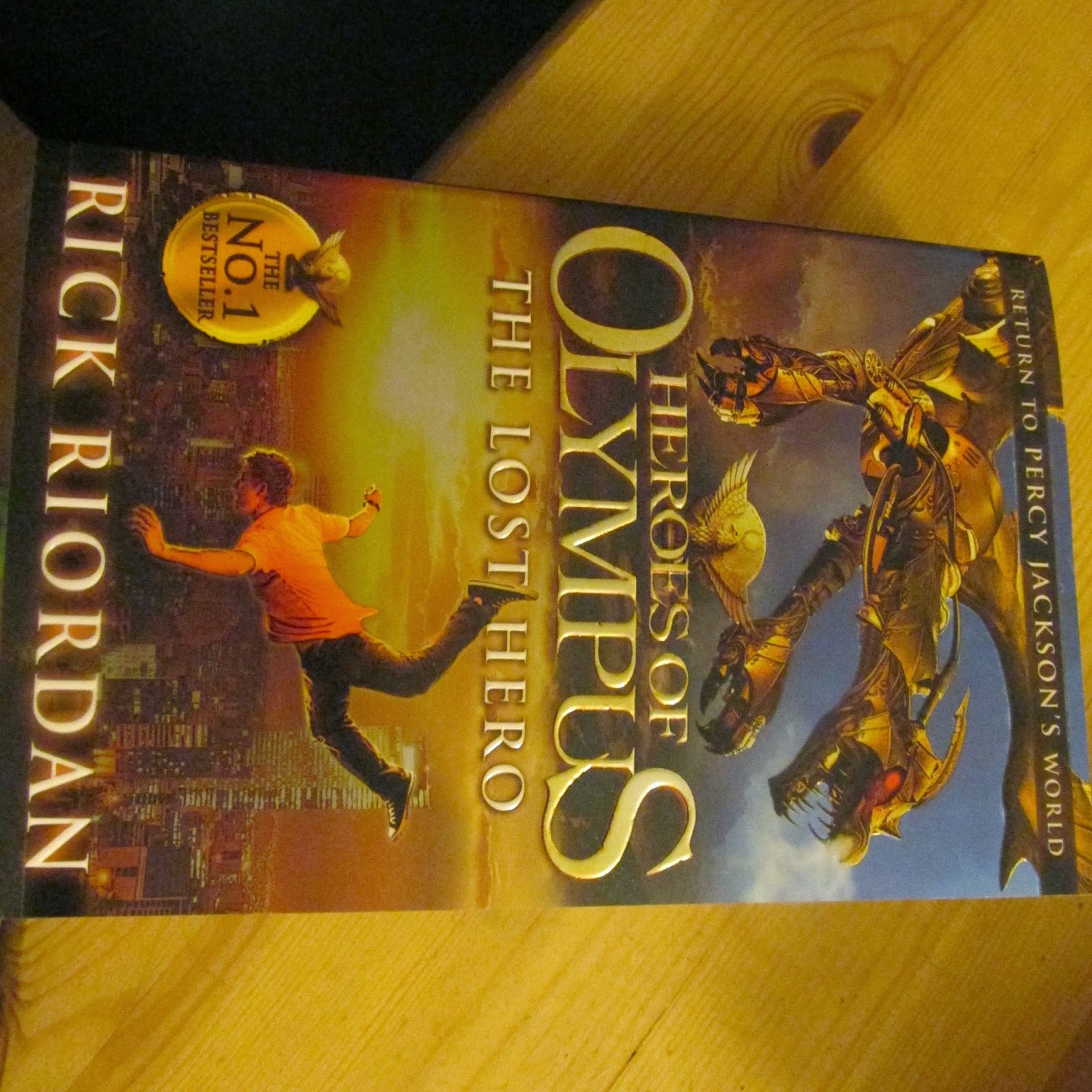 Good luck and thanks for reading
Em x
Posted by emmacoxy88 at 12:02 No comments: