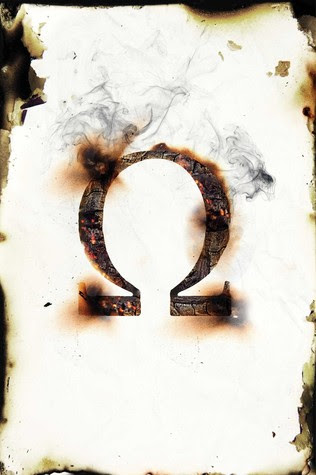 Four hundred years in the future, the Earth has turned primitive following a nuclear fire that has laid waste to civilization and nature. Though the radiation fallout has ended, for some unknowable reason every person is born with a twin. Of each pair, one is an Alpha—physically perfect in every way; and the other an Omega—burdened with deformity, small or large. With the Council ruling an apartheid-like society, Omegas are branded and ostracized while the Alphas have gathered the world’s sparse resources for themselves. Though proclaiming their superiority, for all their effort Alphas cannot escape one harsh fact: Whenever one twin dies, so does the other.

Cass is a rare Omega, one burdened with psychic foresight. While her twin, Zach, gains power on the Alpha Council, she dares to dream the most dangerous dream of all: equality. For daring to envision a world in which Alphas and Omegas live side-by-side as equals, both the Council and the Resistance have her in their sights
This story was told really really well, I knew every place that Cass and Kip visited along their journey. The story kept my interest throughout the entire book with the twists and turns in the plot.

Cass and Kip spend a lot of the plot on the run from Cass's twin brother and his gang of baddies. While travelling they suffered hard, hunger was a constant problem for the unlikely duo but somehow they managed to carry on through every problem

Cass
Cass is one of the only girls in this world that believes it can get better and that Omega's and Alphas can live side by side. She is opinionated and a heroine. Cass saves Kip at the start of this story but the love story between them is not the highlight in the plot although it is suggested upon. I was very excited to learn about Cass.

Kip
Kip is not your typical leading male. With one arm and a scrawny body he isn't making all of the girls swoon but he is my favourite character in the entire story. He doesn't remember a thing about himself and everyday is a discovery for him.

I liked that the story didn't have the ending I have come to expect from YA dystopia novels, it wasn't happy or sweet or nice it was just plain sad and upsetting. Cass still has that hope for the future though.

I really enjoyed how the story progressed and would 100% be interested in continuing if the story continues into a series.

The Fire Sermon is released in February 2015 and I received a free copy in exchange for an honest review through NetGalley.