Stolen: A letter to my captor by Lucy Christopher 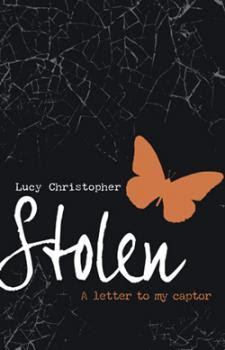 I had heard so many good things about this book that I had to pick it up and the fact that Lucy Christopher is Lecturing at the University where I graduated and the publishing company is so close to home had me itching to read it. So I did.

I was hooked from the very first page with this story, The main character Gemma is relateable not only with young adults but with everyone because we have all been in the place where Gemma is at the beginning of the book. Her parents pay her little attention and her best friends have gone on holiday together without her so when Ty shows her some attention she is curious.

I found the plot gripping which is amazing for a book that is set mostly in the middle of nowhere with most of the story taking place inside Gemma's mind. It was easy to feel like you were there with the two of them. As I read the letter style story I as Gemma did had a soft spot for Ty, what he did was wrong but as I got to know him better I began to feel for him. My emotions twisted and turned from love to hatred as Gemma wrote her conclusion and you realise that your too as a reader are confused. You should be angry but your not, you shouldn't feel bad for the kidnapper but you do. I obviously wouldn't normally be wanting Gemma to fall in love with Ty and live happily ever after in the middle of nowhere with a camel but that is what Lucy Christopher made me want.

Along the was Lucy Christopher managed to educate me a little on Stockholm Syndrome without boring me and we sort of got to experience it for ourselves. I know I wondered at the end if they should just be together because he clearly worships the ground she walks on. I loved everything about this book. Everything!

If you dont read anything else this year or ever you should add this to your to be read list. 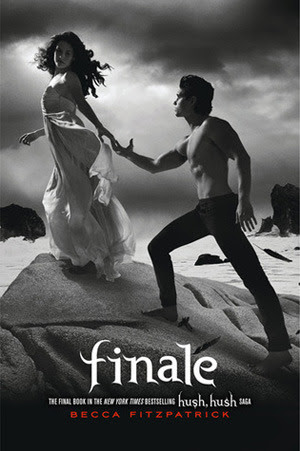 I am kind of going to review two books in one here because I read Silence and Finale back to back.
The last review i did for the Hush Hush series was not a particularly positive one. It was after the second book and I was left unsure as to whether I would carry on or not but I wouldn't have been satisfied until I completed it so I read the next two.

I liked it. I mean This series is never going to make any of my top 10s but it was OK.

Nora Killed her dad and became the leader of the Nephilim but the first thing she does in the 4th book is go to a night club. Nora has her priorities a little bit wrong in my book.

This part of the book has a lot of death and some major players don't make it but nobody seems sad at all. If one of my besties  popped their cloggs then I would be really sad for at least a few paragraphs but not Nora she is relentless.

Nora and Patch are pretend broken up in this book except Nora has told nearly everyone that its fake and he is always turning up to rescue her so how anybody believed this plan is beyond me.

There were a lot more twists and turns in these last two books and they were a lot more exciting than the first two. I wanted a little more romance in the last book but everyone was so busy that they didn't have a second together but that is just a preference.I would of preferred a different ending but again this is just a personal thing.

Over all I was pretty happy with the series except for book two I could have given that a miss.

Having never read a Sophie Kinsella book before I went into Finding Audrey blind. I recieved this book for review through NetGalley and got onto it straight away.

I found this story refreshing, funny and touching.
Audrey has been severely bullied at school which left her in hospital. Once she left she was unable to have any contact with people, she even struggled with her family members. The story focuses on Audrey's growth as a person and see her trying to get herself back to normal.

The plot deals with anxiety and I found it interesting to read about how anxiety works and how it effects not only the suffering individuals but also the families and the friends of the sufferer. The book is a young YA however I enjoyed it all the same because Audrey is sweet and the family life is realistic.
The relationship between Audrey and Linus is really sweet. Its a young love that grows between them (as it should be). Linus is patient with Audrey and that is what makes their relationship so special. He doesn't care that Audrey is sick or that she can't look at him without glasses on.

I loved Felix, he is the funniest toddler in any book I have ever read and to be honest I loved all of the characters in this story.

I think I will be reading more of Sophie Kinsella's work.

Some questions about books and stuff

I saw this one on Loving Books, and decided to do it too, so here we go:
Thanks For Reading