The Girl with All the Gifts by M R Carey 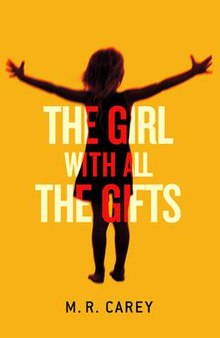 I picked this book up thinking that it was going to be a YA paranormal book, I thought that all of the gifts that the girl has were going to be magic but nope!!

Most people in this apocalyptic earth have been infected by a fungus, The people infected turn into hungries. They loose the ability to think fr themselves and behave much like zombies I suppose, feeding on the flesh of anything that is alive and uninfected. The few people who are uninfected either live on a military style camp or are roaming around outside the camp living off the land and keeping their fingers crossed.
Melanie lives on the military camp with her teachers and her classmates. She is very smart and quite likes where she lives even if she is caged up all the time. Then some stuff happens which means that Melanie, one of her teachers,the lady that is trying to kill her and two army men leave the camp.

Review
This book reminded me a little of the Host by Stephanie Meyer because everything is new to Melanie like it is to Wanderer in Host. This story is beautiful in its description of a broken down world. Each of the characters are individual characters not copies from other stories which is refreshing and bold.
I have very little experience with Zombie books and so once I figured out thats what this was I was expecting more Walking Dead kind of action but The Girl With All the Girfts isnt like that all. The characters are trying to get on there way with as little damage to themselves as possible. Its a story of love mostly but we also get to read as trust grows and a bond is formed.

This book is intense like a thriller but not as jumpy in your face. It is creepy and scary but not enough to give you nightmares. Melanie is an amazing character, she shows bravery, will power and strength all throughout this book. You can see how her education has shaped the way that she sees the world as she references Winnie the Pooh books and Greek Mythology using these things to make sense of the newness around her.

The plot uses several perspectives to help with the world building and I thought this helped keep the pace up and the story interesting but the voice I liked the most was Melanie. There was something about

I would put this book up there with my favourite books this year so far and its a stand alone!! I loved everything about it.

Thanks For Reading
Em x

City of Ashes (The Mortal Instruments #2) by Cassandra Clare 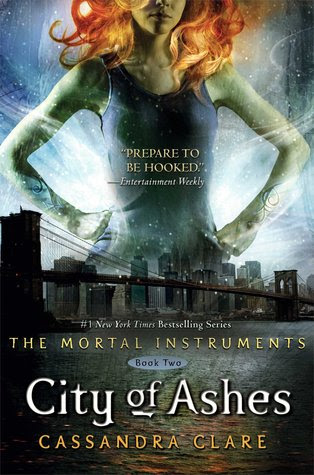 I read the first book in the mortal instruments series a little while ago (maybe a year ago?) and only just got around to picking up the next part in the series. This is partly because of the relationship between Jace and Clary, It grossed me out and I didn't want to read any more about it but still I went ahead and picked it up.

Clary's mum is still in coma from the last book so Luke is now looking after Clary. Clary doesn't seem all that bothered that her mum is in hospital and in a matter of fact only visits her around 3 times in the book until the end when it all gets very serious. This for me is unrealistic. I think that Clary should of spent a lot more time at the hospital and a lot less time moping around after Jace or Simon.
At the beginning of the book Clary and Simon were trying out a boyfriend/ Girlfriend relationship which didn't work for me personally because Simon was just too nice and it was a bit sickening but the there was the whole Jace thing.
Clary and Jace as much as declare there love for one another in front of everyone but nobody bats an eyelid. they are just all cool about it. NO. its not cool!! now i assume at some point along in the series we are going to find out that Clary and Jace are in actual fact not siblings (at least that's what I hope for) but still!!.

So far the series is reminding me of a PG version of True Blood which is fine because True Blood was one of my favourite series to read and to watch. There are faeries and werewolves and vampires and all sorts of crazy demons to contend with and just like in the True Blood series this can become a little bit too much but I liked the variety and I think this helped keep the book speedy to read.

I thought Simon was great in this book. He was angry when he should be and kind when he should be and he dealt with all the changes like you would expect him too. His relationship with Clary was a little off for me as i said. I think they are obviously not going to be the romance in this series so they need to just be friends. I do enjoy the relationship between Simon and Jace though. I like that they kind of don't like each other but then Jace doesn't seem to really like anyone except for Clary. Luke is my favourite character at the moment by far. He is grown up but not boring and his background is really interesting. The love he expresses for Clary's mum seems real. In my head he is a kind of Alcied (True Blood obviously) character and we all love a bit of Alcied.

I think the first book was miles better than the second book and for that reason and that I have purchased the entire series, I will continue on with hope that it will get better. The pacing was a lot better in this book than the first but that could be due to the required world building in the first book.

All Moaning aside I am going to read the next book and see how I feel after that.

The Beast Within by Serena Valentino 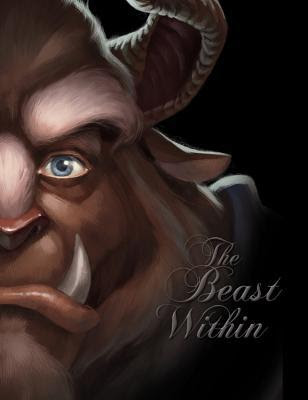 I bought this book while I was in Disney world on my hooneymoon. I found this one and the snow white on in with the villains collection so obviously I had to pick it up. The cover is stunning and under the duck jacket is a picture of the prince himself.
When I got back and looked them up on goodreads I was disappointed, the reviews are not very good.

Personally I loved this book. I liked the idea of reading about beasts life before Belle and finding out what really happened with this curse. This story was darker than the Beauty and the Beast we all know and that suits me just fine I liked the darker undertones to the plot.

A lot of the complaints with this book for other readers (not myself) revolve around character development but come on people if you don't already know who Gaston is or Belle then what are you reading the book for in the first place?

The story brought in Ursula from the little mermaid which was a fun little twist in the story. I liked the too and fro between the witchy sisters i thought that was a fun little addition to the plot.

Gaston is by far one of my favourite Disney characters and this book just confirmed why I love him. He isn't as wicked or as bad as the disney movie made him he was attacked by his former best friend in beast form and was manipulated by the witches.

I really really liked this story. If you get the chance to read it I would say definitely do it just adds a little bit more to the story I am already so much in love with.