Kiss Me First A Novel by Lottie Moggach 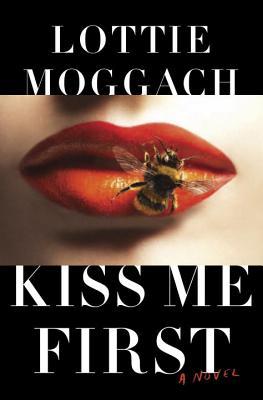 A chilling and intense first novel, the story of a solitary young woman drawn into an online world run by a charismatic web guru who entices her into impersonating a glamorous but desperate woman.

When Leila discovers the Web site Red Pill, she feels she has finally found people who understand her. A sheltered young woman raised by her mother, Leila has often struggled to connect with the girls at school; but on Red Pill, a chat forum for ethical debate, Leila comes into her own, impressing the Web site's founder, a brilliant and elusive man named Adrian. Leila is thrilled when Adrian asks to meet her, flattered when he invites her to be part of "Project Tess." Tess is a woman Leila might never have met in real life. She is beautiful, urbane, witty, and damaged. As they e-mail, chat, and Skype, Leila becomes enveloped in the world of Tess, learning every single thing she can about this other woman—because soon, Leila will have to become her. An ingeniously plotted novel of stolen identity, Kiss Me First is brilliantly frightening about the lies we tell—to ourselves, to others, for good, and for ill.

I must admit that this book is not one that I would usually pick up but something about it called out to me last week when I was wandering through the library.
First of all the narrator is not a likeable character at all, She has very few social skills and she isn't a very interesting person however her story is very interesting. This book could be three separate stories so there is a lot going on all at once.

Mainly Leila is asked by Adrian (who is creepy from the beginning) to help Tess. Tess wants to kill herself and Leila is going to keep her alive after the deep is done by keeping her online.  I liked this story line because it felt brave and creepy and scary. While reading this, From what I read about Tess she didn't feel like Tess behaved how I would expect but then that is what makes the story line creepy.

I liked the growing relationship between Leila and her room mate because it showed how terrible Leila was at talking to people.

This book could have been something amazing and don't get me wrong it was good but it did have one big downfall. the worst part about this novel is the ending. the stories in this book and the ending could have been magnificent but instead it was just nothing. It was a nothing ending.

That being said I would still recommend this book and think it was overall an enjoyable read.