The Dark Beneath the Ice by Amelinda Berube 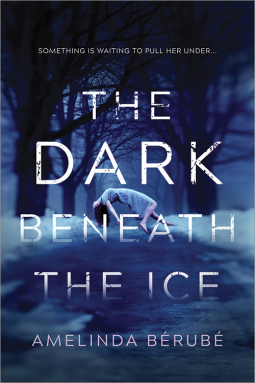 Something is wrong with Marianne. It’s not just that her parents have split up or that life hasn’t’ been the same since she quit dancing. It’s not even that her mother has checked herself into the hospital.


Marianne is losing time. Doing things she would never do. And objects around her seem to break whenever she comes close. Something is after her.
But a first attempt at an exorcism calls down the full force of the thing’s rage. It demands Marianne give back what she stole. And Marianne must uncover the truth that lies beneath it all before the nightmare can take what it thinks it’s owed, leaving Marianne trapped in the darkness of the other side.

I read this book in nearly no time at all. Its a little darker than my normal reads and I was captivated almost instantly. The story was really well paced and that was really good for this kind of book especially as the suspense was still built really nicely. Its been a long time since I last read a horror and so this book was creepy enough for me to be spooked but not so scary that I couldn't sleep at night which I appreciate.

The story manages to keep its tension through out the story which is nice and the characters felt real enough for me, I do wish there was a little more of a build up on the characters as I didn't feel like I knew them very well.

I think that Amelinda could have made much more of the ending. Once Marianne had fought her demons or whatever I felt like that was kind of it everything after that was a bit of a dud. It was a nice ending and there was nothing really wrong but I thought there should maybe some view of the aftermath because surely after all of that life didn't just go back to normal.

I liked the book and would be interested to read something by this Author in the future.

This book is scheduled to be released August 1st 2018

I received an early copy of this book for free from NetGalley in exchange for an honest review. This is no way influenced my opinion of the book
Posted by emmacoxy88 at 04:51