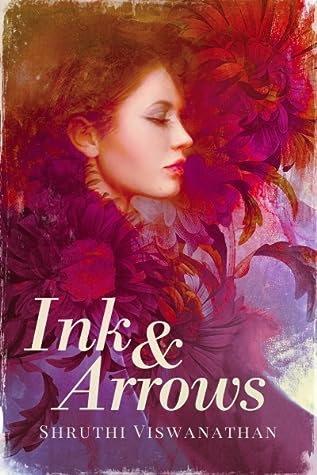 An artist who inks magical tattoos....
Rea is a Suveri, part of a tribe that can create tattoos with devastating powers. Bitter after the death of her father at the hands of a cruel general, she tries to get revenge...only to fail at her mission and be saved by a mysterious stranger who demands to know the secrets of the Suveri's tattoos.
A prince searching for power..
Sebastyen is the heir to the throne and a warrior who has shed more blood than any other on the battlefield. But the woman he meets offers a glimpse of peace. Intrigued by her rebellious nature, he agrees to fulfill three of her wishes in return for learning how to tattoo with magic.
Note: Due to mature content the book is intended for older readers.

I enjoyed this book but I found the story a little slow with a lot of back and forth between Rae and Sebestyen. I think that there could of been so much more going on for the length of the book.
Sebestyen went to war but we didnt get to read about that at all the book just skipped the whole war.

In theory I would like both Sebestyen and Rae as characters they had the relationship that I would usually enjoy and the personalities that normally would keep me interested. I liked Sebestyen more than I liked Rae but neither of them will stand out to me going forward. It confused me that the whole story was focused 100% on just 2 characters.
I would have loved to have learnt more about Rae's world and how she grew up and then for Sebestyen to fit into that or even the other way round and Rae was taken to the palace but to be honest nothing really happened at all.

The book was a very quick read for me which I love. It was easy to get into and there wasn't too much explaining or world building but I think that is also what made it difficult to connect with the characters.
I think the main problem for me was the lack of connect to the characters and the story.

Received an ARC in exchange for an honest review.

I probably wouldn't recommend this book over books like Siege and Storm that have similar feeling but much more world building.